It is over! My 10th NADA, if I’m right, and it was back to normal! There was practically nothing to notice about Corona. This was also reflected in the energy of those present. You just felt that everyone was craving an event that for once is not taking place on a screen.

You just felt that everyone was craving an event that for once is not taking place on a screen.

The NADA lasts 4 days, with a fixed schedule, allowing you to do everything you want to do. Due to the difference in time, in Las Vegas it is 8 hours earlier than the Netherlands, we were once a day earlier. This allowed us to start the conference a bit more fit. Because it was finally possible again, we also captured everything visually! Check out the latest #DCDWeek that we release every Monday on my YouTube channel!

We made good use of the first day, and by that I mean Gerben Beck, Stefanie Meenink, my wife Olga, but also three colleagues from Marktplaats (Michiel Aker, Melvin Ester and Alexander Prinssen)! Where the two ladies went shopping, the gentlemen went on the road and we visited three different, nationally operating used car companies, which I have been following for years. These are Carmax, Autonation USA and EchoPark (Sonic Automotive). From these visits alone, I can and will write a number of articles. I have been able to gather quite a bit of valuable knowledge here! 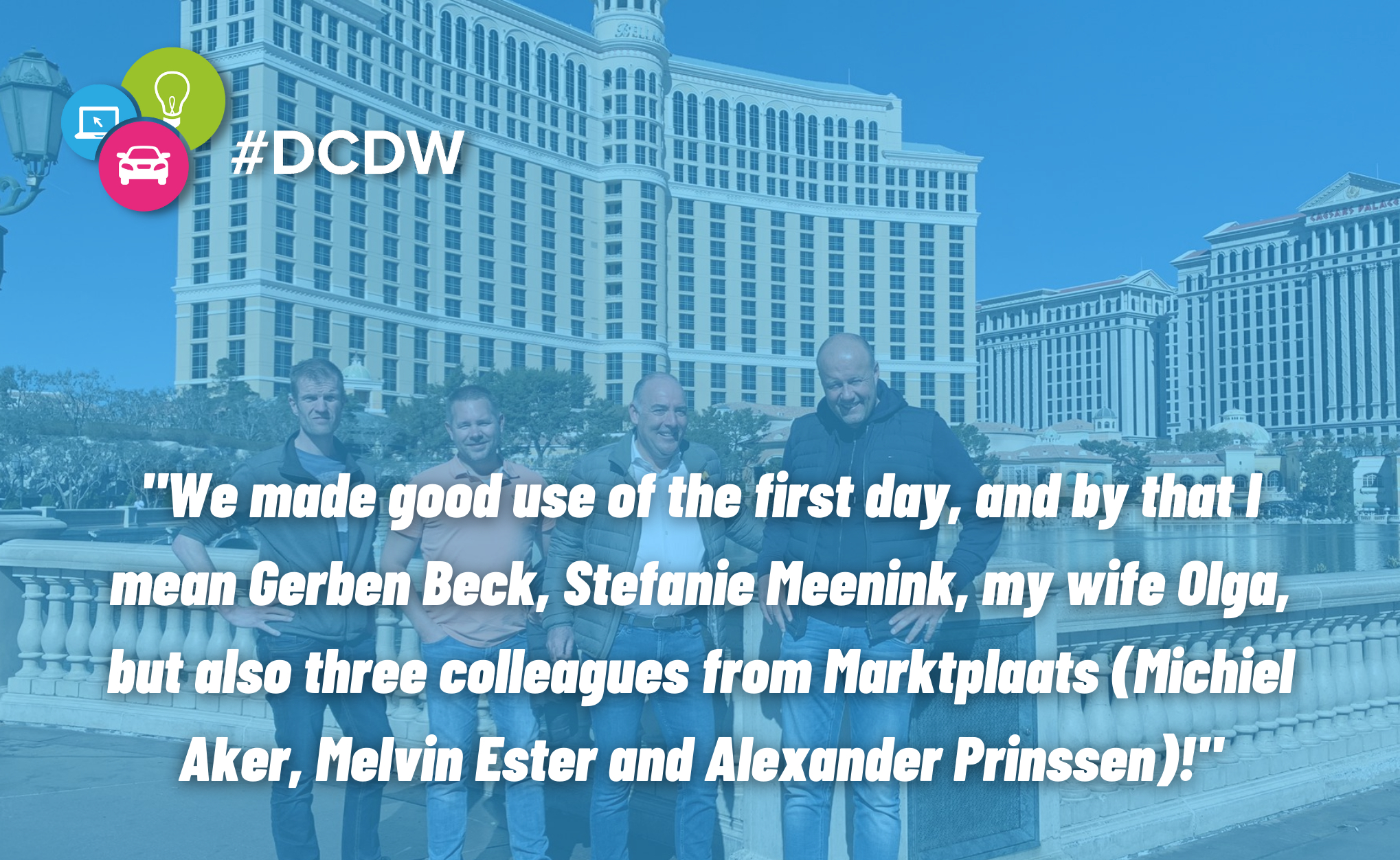 In the afternoon I had planned a real team outing with team #DCDW. We took the helicopter to the Grand Canyon to have a picnic on the banks of the Colorado River. After the picnic we flew back over the Las Vegas Strip at sunset. Truly a bucket list item!

Day 1 of NADA: Many workshops

The first day of NADA normally starts in the afternoon. Three workshops will then be given. Since we are represented as a team #DCDW with three people, we were able to follow a total of 9 workshops, which allowed us to share the knowledge we gained with each other. I personally found the workshops of Jennifer Suzuki, Jonathan Dawson (probably a future #DCDW speaker) and Troy Spring (the same perhaps a #DCDW speaker) inspiring. Especially because the content they shared gave me several new insights.

In the evening we attended the AWA Awards of PCG Digital and Brian Pasch together with team #DCDW and Marktplaats. An event in which the best online propositions are rewarded with an AWA Award for a certain category. This was possible in the following categories: Best Automotive Website Platform, Best Marketing, Best Social Media Marketing and Best Training. We were nominated in the last category. As you may have heard, we were allowed to take home an Award for this! We had received this Award for our Call Coaching services in combination with Calldrip!

Day 2 of NADA: The Official Opening

The second day is dedicated to the official opening of the NADA show and the Expo floor. The Expo is very big. You just walk 20,000 steps in one afternoon. All car dealer exhibitors are there. So garage door manufacturers, portals, car washes and yes even companies that sell private jets. In the afternoon, the conference will be opened by the chairman of NADA in the main hall (20,000 seats) and a well-known American speaker will attend. In this case it was Dana Perino from Fox News with a nice story about the experience she had with the various presidents of the USA. In addition, the Time Dealer of the Year was also chosen on this day! There were fewer workshops, but in our case we were still able to visit one. 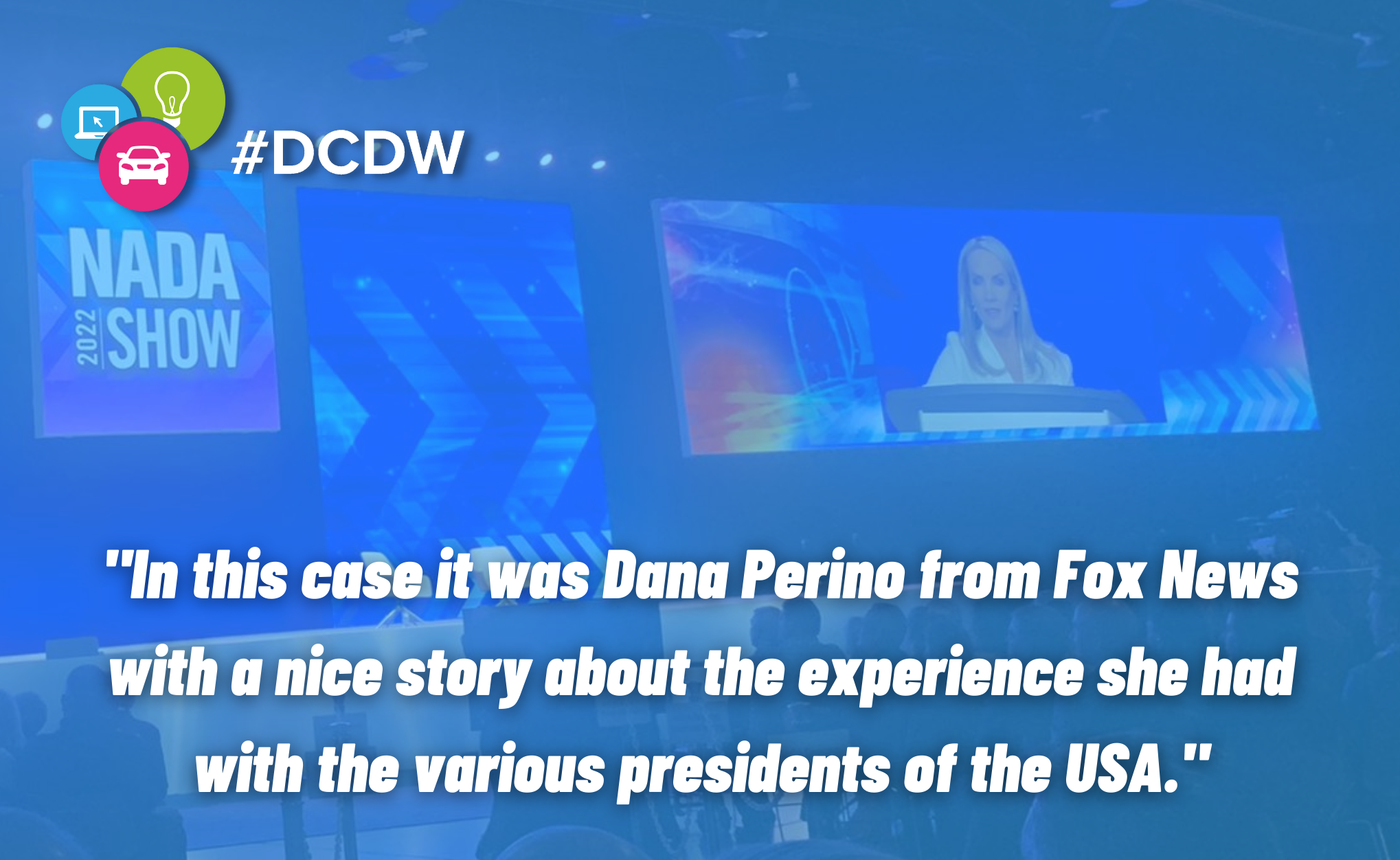 Day 3 of NADA: Visiting the Expo

There are relatively more workshops on this day. But it’s mainly about visiting the Expo and visiting our partner Calldrip, who had a nice booth! It was nice to meet again in real life and face the new cool updates from Calldrip, who are also coming to the Netherlands! Fun fact: At this Expo I came into contact with Calldrip for the first time and you see again what the investment in such a trip can bring about.

Of course, two workshops were also given on this day, but there is mainly movement in the large hall. The new NADA president will deliver his State of the Union address there. Then it was time for an NFL “Hall of Famer” named Michael Strahan to close out the day. In the evening we had a nice dinner with the colleagues from Marktplaats and Clem Dickmann in one of the many restaurants in The Venetian. 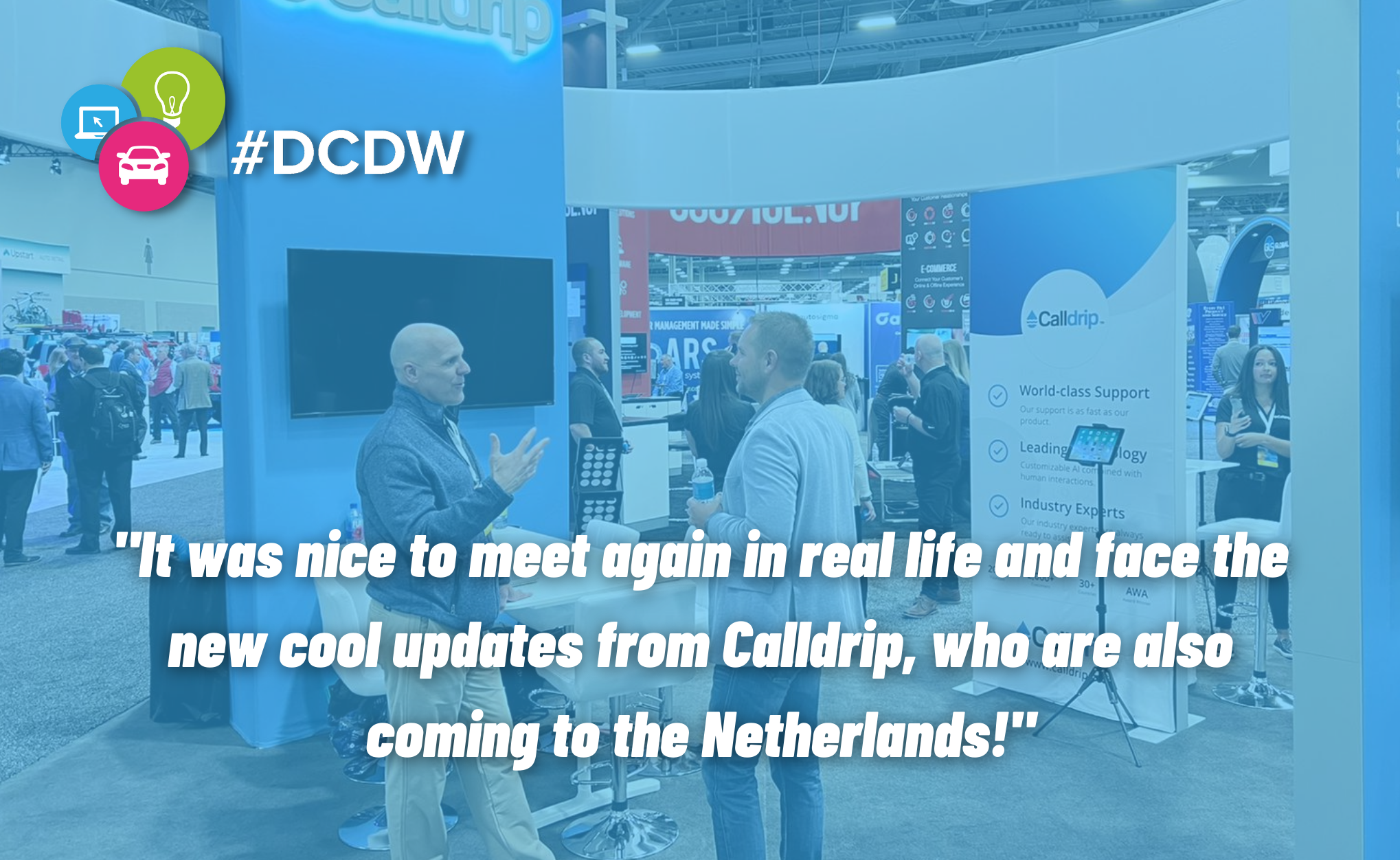 Day 4 of NADA: The Most Valuable Day

Day four of NADA was actually the best day of all. It is a day with one or two workshops, few people at the Expo (perhaps because they all sleep in from a Saturday night in Vegas?) and employees on the stand who have little claim. But why do I like it so much? Such a day offers opportunities. For me, it’s the day where in the past I got to know a lot of people and I was able to close deals. Just because it is so quiet! I still don’t understand why so few people use it. Because going to the right booths together with Michiel Aker and talking to the right people, that gives me such energy!

Such a day offers opportunities. For me, it’s the day where in the past I got to know a lot of people and I was able to close deals. Just because it is so quiet!

But time flies and suddenly it is 1:00 PM, which means time to go to the airport for a direct flight to Amsterdam. I can of course say that only your money will be left in Vegas, but the new knowledge, inspiration and people we have come to know is more than worth the investment. Of course, such a trip/outing is also a great opportunity to share the appreciation I have for my colleagues Gerben and Stefanie!

A NEW WAY OF PRESENTING YOUR CAR STOCK! CAN IT BE DIFFERENT?

WHY A “LEAD DISTRIBUTOR” IS A BAD CHOICE

The attention of the (online) customer